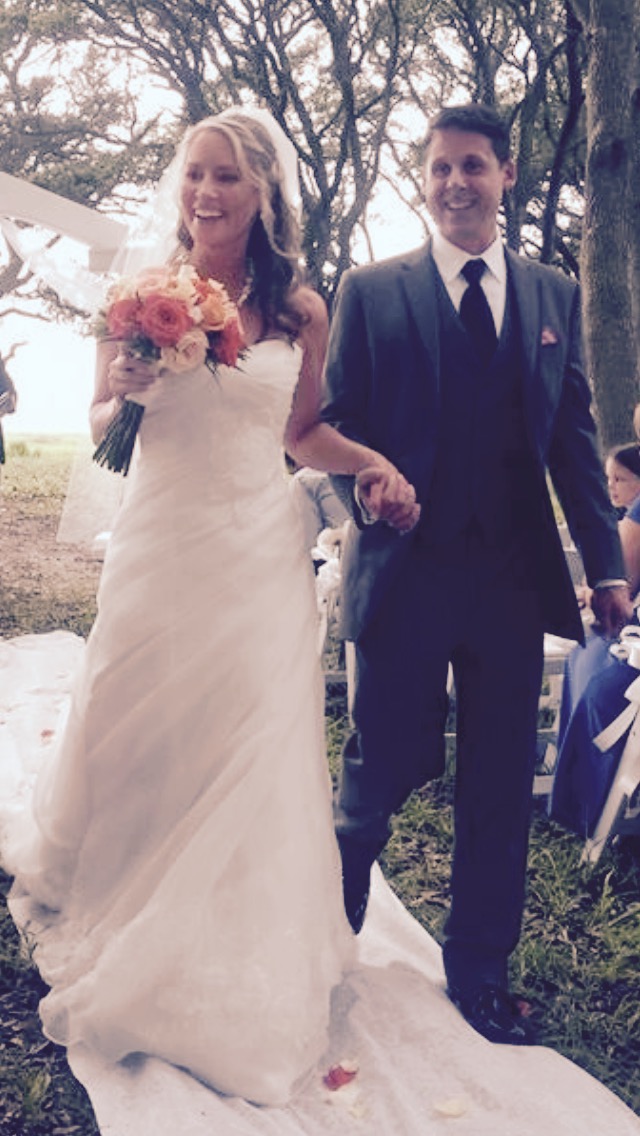 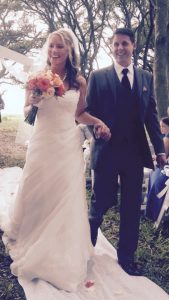 Scoot a little closer my friends and listen to one of my favorite love stories.

Twelve years ago I had a phone call from a young woman named Barbara, inquiring about the small group we hosted in our home. The pastor of our church referred her to us since our emphasis was on marriage. She spoke through tears, sharing grave concerns over her marriage–her pain was obvious.

Barbara and her husband soon joined our group—together for a time. Sadly, Barbara eventually came alone. She fought desperately for her marriage, but they divorced in 2005. Barbara and I spent a lot of time together and began a treasured friendship. We shared meals, Bible studies, and lots of tears. We realized even though we were twenty years apart to the month, we had a lot in common. I also knew the heartbreaking devastation of divorce and the longing for a good marriage.

Barbara kept occupied with her job in the medical field and volunteering at church. As the years passed, I felt frustrated for her because I knew how badly she wanted a family. I wondered if she’d thought of online dating sites or even going to church groups for single adults. She told me that if God could create the world He could find her a husband. She said it so convincingly and confidently.

In 2012 June, a lady from Barbara’s church, attended a conference in St. Louis. While she browsed books, she noticed the guy who was manning the table. His eyes appeared unusually bright. June began a conversation with him over several days of conference and honestly shared how he’d caught her notice.

The young man, David, began to share about his life and that he was praying for a wife. She learned that he’d been divorced six years and had one child. Because his priority was his daughter, he’d decided not to date, but to trust God to bring his mate at the right time. June didn’t understand why she was drawn to him, but told David she’d ask God for an answer and let him know!

A few months after the conference, during a church service, June leaned over to Barbara and said, “You’re the one!” Suddenly she realized that David had been highlighted for Barbara! David and Barbara soon became acquainted with each other through email messages, and eventually through phone calls and photos.

Barbara had been promoted to a job that required traveling to various parts of the country each week. She typically flew to certain places on a regular basis. One day, out of the blue, her company assigned her a job in the very city where David lived. She’d never gone there. This was their chance! They met in person, formally and briefly. Soon after she was sent to the same city again, which was somewhat unusual. They enjoyed each other tremendously. A perfect match!  She got to know and love his daughter and he proposed.

They were married near the Cape Fear River. The grassy knoll was a lush bright green, having just been refreshed by a cooling summer shower. The expansive lawn was filled with so many celebrating friends and family, and not a few happy tears!

Barbara eventually quit traveling for work and she and David made their home in Florida. After several months of marriage she had started to gain a little weight. She took one pregnancy test after another, all reading negative. Disappointed and concerned, she made an appointment with a doctor. The doctor gave her news that she never thought her ears and heart would hear. She was expecting a baby! Conceiving a child had always been a desire of her heart. Another dream was fulfilled— a happy healthy Elijah was born into their world.

I flew to Florida a few months back for a wonderful visit with Barbara and her family. When we’re together we pick right back up where we left off, even years later. We celebrated all of her wonderful blessings. She and David are happier than they could ever have imagined. Their little boy is nearly two years old and adorable. To spend time with them was one of the highlights of my year.

Few things are more exciting than watching God orchestrate the lives of two people from different geographical areas and different backgrounds to bring them together in marriage. I still marvel that my North Carolina husband went all the way to Mississippi to find me!

As David says, “God has a way of putting us exactly where we need to be.” I ponder their story and I’m emboldened to let go and really trust God.

When we belong to Him, He really does work out everything for our good and His Glory. I share this not to promise specific results after waiting on God, but to say that God can be trusted in any and every circumstance.

He is able to do abundantly more than we can ask or imagine.