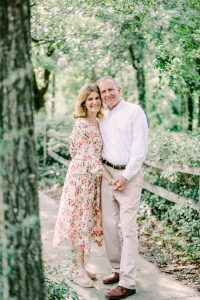 Years ago, around the time I was birthing babies #3 and #4, I quit right in the middle of a sewing project. I’d imagined how cute my gray dress would be, after perusing the gigantic pattern book and choosing the perfect one. I’d purchased the fabric and cut out the pattern per directions. Then I quit. I accomplished the easy and fun part by the impetus of my imagination, but quit right when the project became difficult. I felt terrible about my(frugal)self when I finally tossed that pretty gray fabric, already poised to be a stylish dress. My approximate expenses were $7.00, three hours and weeks of self-degradation. It was a failure; but not exactly a life-altering one.

Some quitting, however, produces dire results.

Awhile back I took a sweaty walk around “the loop” at Wrightsville Beach. I started to think of this subject of quitting. As I walked, I recalled a recent conversation with a friend who’d just retired. She said, “I wonder if I should have retired earlier; our time together is just so precious.” I looked at her, a bit shocked, replying, “Precious? I remember when your marriage was anything but precious…that season when awful things occurred and your marriage was hanging by a thread. When anger and hurt permeated your days”. I wanted to be sure she knew how profound her choice of adjectives was.

We both teared up. We realized that it was by God’s Grace and their commitment to their vows that they now had more richness than they could’ve imagined; more than seemed feasible.

I was still dripping in 100% humidity as I continued my walk, still pondering the earlier chat with my friend. She and her husband could have quit in the middle and the fallout would have been devastating, causing ripple effects in the family and community. But they didn’t quit! I’d seen her smile and sensed her contentment—tangible fruits of righteousness.

One caveat: I understand that some marriages are not salvageable. I experienced a divorce in my early twenties, after trying everything in my power to keep it together. I then became even more passionate about the importance of fighting for marriage.

Statistics show that most couples who come to the brink of divorce and then decide rather to work on their marriages, actually become much happier in later years than they once were. Sometimes we have to navigate pain and struggles before we see the sweet fruit!

I thought of my Tom. We’re so happy and in love. But there have been many times when, behind the smiles on our faces, there was anger, hurt and resentment. Those years I wrote about earlier when we “passed like ships in the night” Marriage is So Much Trouble. When intimacy was a job to check off the to-do list. The times when I had unhealthily learned to “turtle” as Bob Goff likes to say. My natural response was pulling away—head in, tail in, arms and legs in. And I thought myself “nice” because I didn’t outwardly express anger. Then I learned that silence and withdrawing are just as negative a response.

And if one person is vulnerable to attack, two can drive the attacker away. As the saying goes, “A rope made of three strands is not quickly broken.” Ecclesiastes 4:12

I’m convinced that the reason we didn’t give up and quit in the middle of our marriage was because of the Three Strand Cord. We have been able to stay true to our covenant with each other and with God because He has always been at the center, closely wrapped around us, even and especially in the hardest times. When life was anything but fun. When the dreamy days of flipping through the pages of a bridal magazine were replaced with poopy diapers, poopy bathrooms, tantrums, cleaning, an angry child, constant cooking, predawn sessions begging God for grace to survive, and finally, another 24-hour day was completed. The season I learned to take one step in the right direction and to not stop. To say one more kind word and reach out with a gentle touch when I just wanted to be held and comforted myself. Some days, weeks and even years were so hard to bear that it’s painful for me to remember now. But the gift of growing older is to see a broader clearer perspective. To see that He really was faithful and He really had a plan all along. And all the not-quitting was truly worth the sacrifices.

We got married to be together. For better or worse. Guard your heart. Guard your eyes. Put on love. One touch here. A kiss there. A kind word. Love is made up of lots of little decisions. Let’s wear LOVE like a coat. Let’s wrap our SELVES completely in it.

Since you are all set apart by God, made holy and dearly loved, clothe yourselves with a holy way of life: compassion, kindness, humility, gentleness, and patience. Put up with one another. Forgive. Pardon any offenses against one another, as the Lord has pardoned you, because you should act in kind. But above all these, put on love! Love is the perfect tie to bind these together. Let your hearts fall under the rule of the Anointed’s peace (the peace you were called to as one body), and be thankful. Colossians 3:12-15

6 thoughts on “Don’t Quit in the Middle”

How can we Help?

Tranquiliving specializes in restoring harmony and peace within the home. Contact us today and let us show you how we can help!