Oh to be Alone 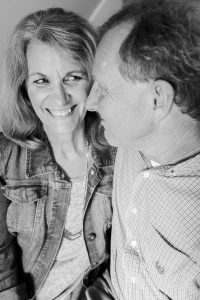 A few months ago, while waiting in a long line, I found myself listening to a conversation in a public place. There was mild irritation between a husband and wife who were disagreeing over a minor issue concerning a child. A mom, who wasn’t acquainted with the couple, commented to the wife that she was so glad she no longer had to endure arguing. She and her husband were divorced and she was happy to make decisions for her child alone, without friction. In my mind a lightbulb instantly went off and I knew this was something to ponder. Oh to be alone.

In the last six months I’ve had many thoughts about togetherness and aloneness and their results. My husband and I lived weekdays apart for about one and a half years. He’d taken a job in another state and I stayed home to take care of necessary things, such as our daughter’s wedding and helping out with our first grandchild. I was surprised and a bit concerned to find how relatively easily we adapted to living alone week after week. Sure, we’d look forward to our times together. But in between we learned to adjust quite well to an independent self-serving routine. Even sleeping alone had it’s advantages. Let’s just say that for me, it was a much quieter, restful sleep. Acclimating again to the sound of snoring wasn’t easy.

Soon after I moved to Columbia, my husband and I drove to Lowe’s to purchase a clothes dryer. We were turning into the parking lot and I rolled my eyes at the unorthodox, roundabout way he maneuvered into the spot. I said to him, tongue-in-cheek, “Tom, if you would just do everything exactly like I do things, and you’d say things exactly like I say them, you’d never bug me and we’d get along perfectly.” We laughed, and I acknowledged to myself that this was my Achilles’ heel in a nutshell. Selfishness. There is in all of us a natural impulse to do things our own way. We’re aware of these tendencies in all human relationships, but none more than marriage.

Occasionally married couples live apart for a season because of  jobs or when a spouse is deployed. Understandable. Just recently I was chatting with a girlfriend about a mutual friend. The husband and wife were living separately while the husband was employed in a different city. My girlfriend said, “You know, I can really see how that could be easier”. I thought, ” Of course!”  It’s easier to be alone—you have only yourself to consider.

Sometimes I wonder why people want to get married in the first place.  I mostly wanted a man to love me and make me happy. I was a follower of Christ and I’d read Scripture and books about marriage. I knew a lot, I thought. But what part of my plan would make his life better? Do we go into that very important relationship thinking, “Now I get to really serve another person up close. I finally get to wash someone elses’ dirty underwear and clean up the messes someone leaves in the kitchen.” I may even occasionally need to hold my tongue or change the way I squeeze the tube or load the dishwasher! What’s needed in a particular moment might be affirmation and a loving touch, even if I don’t feel like it.

Some people live alone in different geographical areas due to work or other responsibilities. Others live alone even while under the same roof. I worry about them all. I truly believe that a marriage’s default is separation. None of us really need to work at focusing on ourselves; we have to work to keep our marriage covenant the priority. I’m afraid couples don’t know how easily they can lose what was once the Most Important Thing. Marriage isn’t an organism that magically keeps two people together. It’s an organism that requires its parts to work in a coordinated fashion to keep it going.

While nothing has revealed to me my self-focus and self-preservation like marriage, absolutely nothing has brought me more purpose and joy. Our marriage hasn’t been perfect in every way, but it has gotten better and better over the years as we have gotten better at surrendering to Jesus and putting each other first.  The covenant of unending and unmerited love for another person. The adapting to the other in a way to actually change the person I am, and grow the person that he is. It’s just one of the most beautiful, meaningful arrangements divinely appointed to humans.

When asked his secret of love, being married fifty-four years to the same
person, he said, “Ruth and I are happily incompatible.”
–Billy Graham