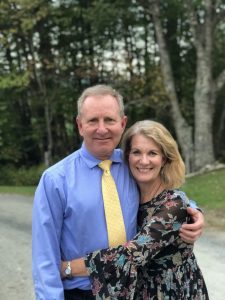 It was a good morning! At first light my coffee brewed as I journaled and enumerated my “gifts”.

All mornings don’t begin like this. I hate to think how many mornings have started with my clicking on that little multicolored camera icon. Before I know it, 30 minutes have disappeared. And what have I to show for that squandered time? A really cool quote for my journal and several times feeling like I’m not as young, clever or known as I’d like to be. More often than I like to admit I’ve dragged a discouraged attitude into my fresh new day.

But today was different. With my trusty sidekick steaming in my favorite pottery mug, I wrote, prayed and read my devotions for the day as well as chapters in the Old Testament.

I walked four miles, listened to worship music and thought how much lighter I feel when I start the morning this way.

Walking helps me clear my head and think about the things that really matter.

There is a part of me that would like to climb up on my soapbox and tell you what I think about all the craziness in our world today. If I did, my voice would only heighten the cacophony all around, in which it is hard to distinguish a true voice that matters.

Interestingly, a synonym of cacophony is the word babel. Our world today and the Tower of Babel Biblical event have similarities.

There are harsh angry sounds coming from hoards of people. Some of them loosely invoke Jesus’ name. They like to tell us what He stands for and what He would do. Anyone who is championing one people group and crying out murderous threats toward another does not represent Jesus Christ.

“For the Son of Man came to seek and save those who are lost.” Luke 19

“For God so loved the world that he gave his one and only Son, that whoever believes in him shall not perish but have eternal life.” John 3

Jesus loves the entire world — not just certain humans. His desire has always been for everyone to know Him and live with Him forever.

I worked as a nanny for several years and simultaneously became part of their wonderful family. I truly love them. When I began, I quickly learned that when it came to some key values, we didn’t share the same world view. I had to discipline myself to reserve opinions on occasion, because I like to discuss things I’m passionate about.

That five year period became an opportunity to revisit my deepest core beliefs. I held them up to scrutiny; placing them on one side of the scale and beliefs of my new “family” on the other side. I weeded out, best I could, acquired “truths” that weren’t really biblical. Even though I know God’s word and have followed Jesus continually for nearly 50 years, some traditions or mores can tag along with Bible Truth and become standard thought.

Over time, I came to a new excitement about my beliefs and how beautifully they have played out in my life. It’s hard to put these things into words.

I’ve heard that a person whose task it is to identify counterfeit bills, learns by intensely studying authentic dollar bills. In the same way, we study God’s Word so we’ll recognize the counterfeit ideas when they come along.

Looking back, I realize that I made an intentional choice to read and meditate on Scripture. Most often it was out of a desperate need to know Him. I wanted Him to be present in every part of my life.

In some seasons, I set the alarm to wake before the kids. When I was single mom, my study time was usually during the kids’ sleep time. It always takes effort and creativity to accomplish what’s important.

My hope is that it will be important enough for you to take a look at your schedule and carve out the time. Eat His Word daily, before the interruptions and noises begin. As Christ followers, we need it more than food. Let it find its home in the depths of who you are.

“Live in Christ Jesus the Lord in the same way you received Him. Be rooted and built up in him, be established in faith, and overflow with thanksgiving just as you were taught. See to it that nobody enslaves you with philosophy and foolish deception, which conform to human traditions and the way the world thinks and acts rather than Christ.”  Colossians 2