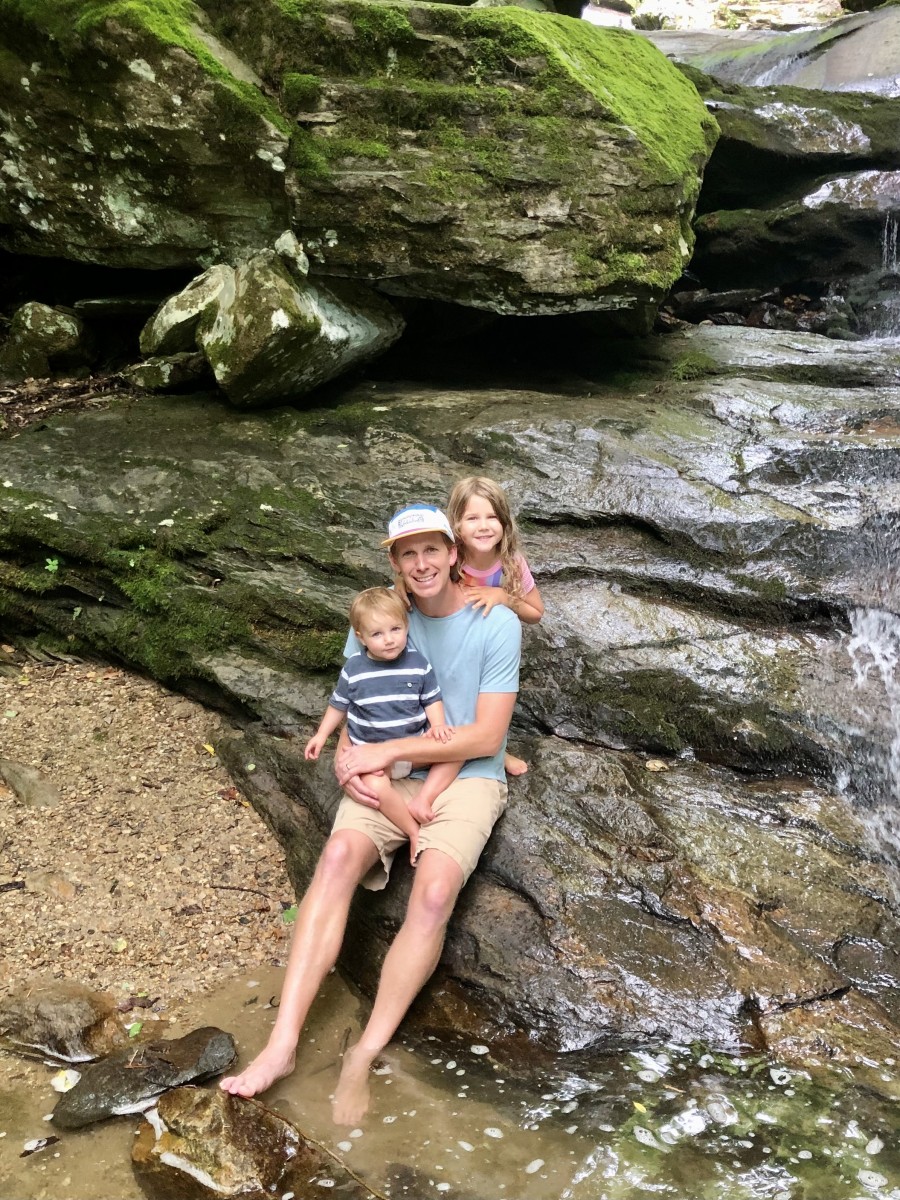 Is Jesus a Good Role Model?

We didn’t want our vacation to end, so we all met at a par-3 course before we headed back home. The guys played and we girls drove the golf carts with the kids. (I like to call myself girl.)

I can’t say I was thrilled about golf—I’m not a golfer—but it was delightful. It was fun to watch our grandchildren, especially three-year-old William who has a pretty impressive swing.

Our son John loves golf. He often takes William or Eliza along when he plays. After watching their daddy, they love it too. John’s a great role model on the golf course as well as off the course. He and Mary are incredible parents.

Parents are natural role models; children are a captive audience. We also look up to famous people: Billy Graham, Mother Teresa and Charles Spurgeon, to name a few. And there are neighbors, community leaders and coaches. Is there someone you’ve admired enough to emulate?

We want to have good character so we try to imitate people who are faithful, hardworking and generous. Folks have to be pretty special to earn the title of role model.

A problem may surface, however, when we try to be like the people we look up to. We use our grit and determination but soon find we’re not quite able to truly be like someone else.

Some people see Jesus as a good role model. But if Jesus is just another good man to follow, as some folks believe, our ability to imitate Him is also limited.

Jesus didn’t come only to be a role model.

Here’s the good news: Jesus is unlike all other role models. He’s not a good man; He’s a perfect man and He’s God.

Jesus didn’t come to only be an example, but to radically change us. He came to dwell in us and operate through us. We’re not just improved, we’re new. He transforms the way we live.

“For mere improvement is not redemption, though redemption always improves people even here and now and will, in the end, improve them to a degree we cannot yet imagine.”

“If Jesus Christ is a Teacher only, then all He can do is to tantalize me by erecting a standard I cannot attain. What is the use of presenting me with an idea I cannot possibly come near? I am happier without knowing it. What is the good of telling me to be what I never can be—to be pure in heart, to do more than my duty, to be perfectly devoted to God? I must know Jesus Christ as Savior before His teaching has any meaning for me other than that of an idea which leads to despair. But when I am born again of the Spirit of God, I know that Jesus Christ did not come to teach only: He came to make me what He teaches I should be.”

God sent His son to earth to usher in the Kingdom of God. When we confess with our mouth that Jesus is Lord and believe in our heart that God raised him from the dead we will be saved. At that moment, His Spirit comes to live inside of us and changes us from the inside out.

“And now we begin to see what it is that the New Testament is always talking about. It talks about Christians being born again; it talks about them putting on Christ; about Christ being formed in us; about our coming to have the mind of Christ.

Praise God! He has not left us frustrated without the means to change. Jesus has gone to the cross to pay for our sin and has left us His Spirit. As the Body of Christ we are here to carry out His plan on earth. He’s so much more than a role model!

Jesus wants to turn us into new beings.

“Put right out of your head the idea that these are only fancy ways of saying that Christians are to read what Christ said and try to carry it out—as a man may read what Plato or Marx said and try to carry it out. They mean something much more than that. They mean that a real person, Christ, here and now in that very room where you’re saying your prayers, is doing things to you. It is not a question of a good man who died two thousand years ago. It is a living Man, still as much a man as you, and still as much God as He was when He created the world, really coming and interfering with your very self: killing the old natural self in you and replacing with the kind of self He has. At first, only for moments. Then for longer periods. Finally if all goes well, turning you permanently into a different sort of thing; into a new little Christ, a being which, in its own small way, has the same kind of life as God; which shares in His power, joy, knowledge and eternity.