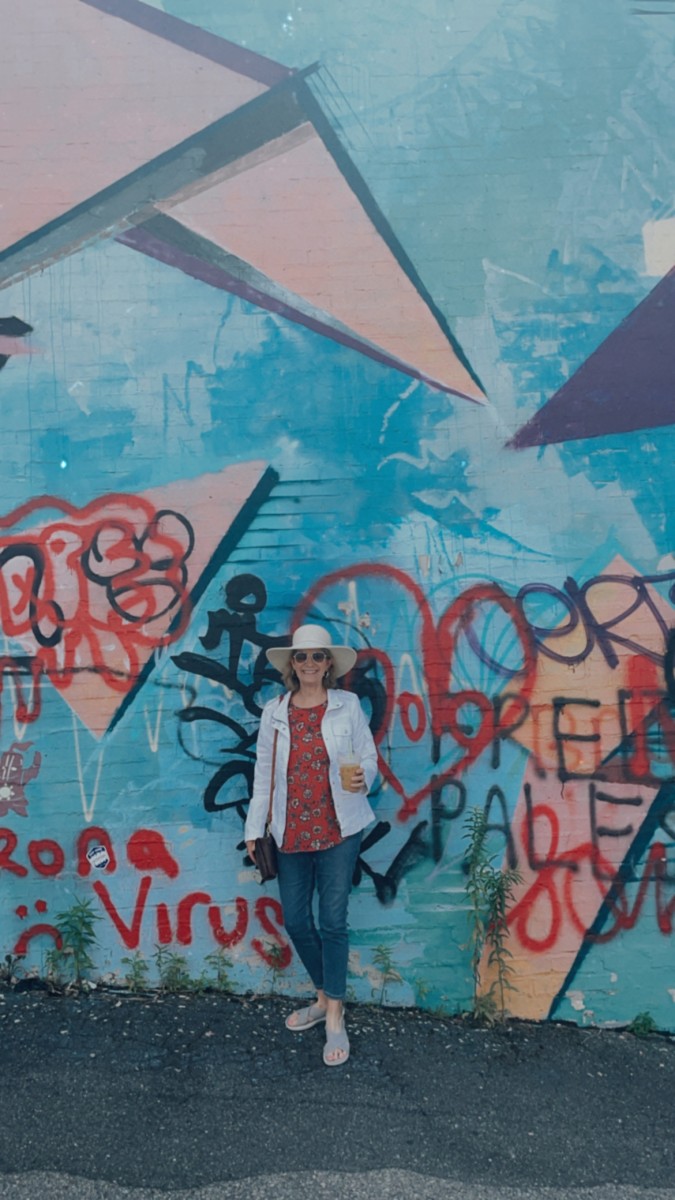 Recently I made some new friends. They were twenty-somethings who wore bright blue matching shirts. The first night we met, a nice young man helped me reach some important decisions. Our first meeting was a success.

I had much to learn and these were just the smart teachers I needed. They seemed to be bilingual, which I first noticed as a tall, nice-looking guy spoke to me across a counter. Our eyes seemed to lock, or maybe my eyes had glazed over. He said something that sounded like, “Your ‘smpt’… blah blah blah…and your incoming mail… blah blah blah… and your outgoing server… blah blah blah… is not compatible and will not interface with the new system…blah blah blah…and basically you made a big mistake creating files for your inbox…blah blah blah…”

I calmly—like a zombie—said, “I’m sorry; I don’t speak that language. I’ve tried to grasp it, but I’ve no idea what you just said.”

I spent over a week with my new friends, visiting them most evenings and regularly speaking to Jamie, James, and Daniel —the whole gang — on the phone. I imagined gathering with them around our Thanksgiving table. It wasn’t my favorite way to make friends. It felt forced and stressful. My situation was unique and more difficult than most, they said. I think they were trying to tell me I was special. I said to Daniel, “Helping me will be good training for you. There are a lot of people out there like me.” I know they were glad for my encouragement.

I almost gave up; I considered writing on a yellow ledger pad and talking on the phone instead of using email. Could I survive without a computer? I honestly pondered this question. My parents, years earlier, had eschewed computers, which I didn’t get at the time. Somehow they survived. Now I was beginning to understand why. It’s hard, it’s not intuitive and it made me want to scream.

I began to cry instead. I tried to shove down my emotions so no one would notice. I left before the tears were obvious. I made a decision. I’ll press forward and get whatever help I need to learn new things so I won’t find myself lost and behind. It’s the way our whole world communicates, for Pete’s sake. And here I sit writing this post on my new laptop. There is a ton on it that I still don’t understand, but there are helpers out there. I learned that from the friends in matching shirts.

She was unstoppable, not because she did not have failures or doubts, but because she continued on despite them.

Growth is painful. Change is inevitable and imperative. As a laid-back peacemaker, I’ve worked hard to overcome hurdles that change brings. It’s easier to stay the same and not grow.

What difficulties do you face today that make you want to give up? What purpose looms large for you? What ideas and dreams permeate your thinking?

There came a point when I couldn’t not write. It was then I pushed myself forward into an unknown sphere; one I still don’t understand.

The geek squad and computer technology may not be your Achilles’ heel. But we all face hurdles as we move ahead in life. What do you need today to help you accomplish your goals? Take one small step in the right direction. Baby steps. There is no one else who can accomplish the purpose designed just for you.

Forgive yourself for not knowing what you didn’t know before you learned it.