The Most Powerful Force 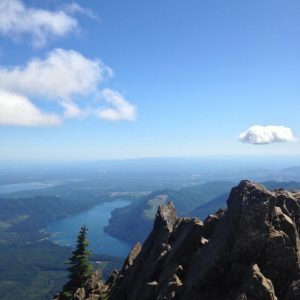 When our kids were young and Saturdays rolled around we had Family Night. We encouraged our children to invite friends; it was a fun way to introduce some of them to our Christian faith.

On one occasion my husband, Tom, asked everyone, “What’s the most powerful force in the world?” The kids shouted out names of all sorts of weapons, military powers and super heroes. No one came close to the right answer. My husband has never been one to cut corners when illustrating a point. He took each child separately, blindfolded, from the room to touch something that would give a clue to the correct answer. Each one had a turn but no one got it. He then brought the object into the room for everyone to see– it was a cow tongue! They threw their hands over their mouths and almost gagged!

The most powerful force, Tom taught, is the tongue. Our tongues to be precise. The tongue has the power of life and death, and those who love it will eat its fruit. (Proverbs 18:21).

Today I was reminded of that long ago lesson after I chatted with a young woman working at the dry cleaners. I had the nudge that I often get to say something affirming. It’s so uncomfortable to say something personal to a stranger, but I’ve realized it gets easier as I do it. I told her I really liked her smile. That her smile was pretty.

As I walked to the car I recalled a time many years ago when an older lady that I admired told me I had pretty eyes. I don’t think anyone had ever told me that before.

On another occasion, at a friend’s wedding, the pastor who had officiated came up to me and said, “God has not forgotten you.” He knew that I’d become a single parent due to a divorce I didn’t want. Those years were hard. His words were just what I needed at that moment. And he was right—God had not forgotten! Clearly, positive words have stuck with me all these years and I’ve rehearsed them in my mind many times.

This week Katherine and I were pulling together an outfit for Grandmom to wear to the wedding. As she tried on her dress she instinctively put her hands over her neck and commented on how bony it was. She wanted it covered. After hearing her say that for over thirty years, I realized how pretty she looked with her neck area showing. I told her as much. I realized I’d grown deaf to that comment. A comment that had most likely been said to her many years ago and had stuck. It was not true but she’d believed it.

Sadly I also remember some very hurtful things said to me forty or fifty years ago. The power of life and death? I hope my words never have such a long-lasting negative effect!

I think it’s somewhat intuitive for me to hesitate before I say something unkind. A gentle answer turns away wrath, but a harsh word stirs up anger. (Proverbs 15:1). But, to say something intentionally positive takes a little more thought. It requires that I dismiss, for a moment, the thoughts swirling in my head and focus on the person in front of me. Probably easier for an extravert!

What comments can we make to someone today that will bring them life? What positive words will we speak to ourselves?

Reckless words pierce like a sword, but the tongue of the wise brings healing.