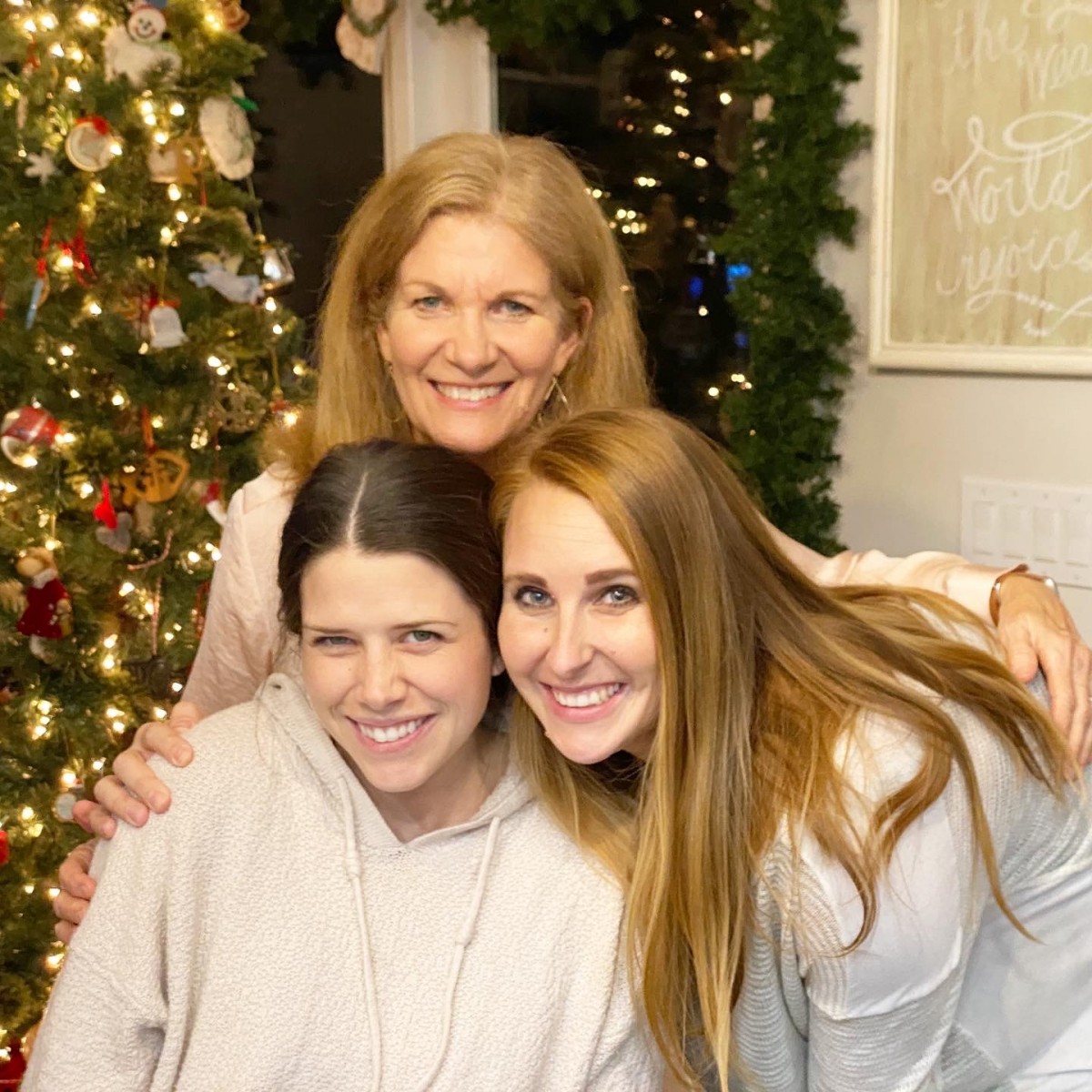 I decided I wanted to be a mother right after I fell madly in love with Frank in the second grade. I learned from my neighbor that cute little babies show up in your house after you get married. Not before. I never even wondered how.

I’d swing in our backyard for the longest time and sing made-up romantic ballads about my dreamy future.

Poor Frank. We were such bold second grade girls. We outnumbered and overpowered him everyday when we chased him at recess. My birthday party rolled around and I invited Frank and a passel of girls. I smile when I remember my parents allowed me to invite just one boy and he actually came.

When I was a little girl, all the mothers I knew stayed home. My mom worked several jobs before I was born and would eventually work for many years after my sister and I were grown. She was the hardest working woman I knew.

My desire to mother occurred naturally because of my role models; also, that’s just the way God made me.

My hopes came true when I married and had children, but I realize that in those roles I’ve experienced not just great joy, but also indescribable heartache.

Only people who are capable of loving strongly can also suffer great sorrow, but the same necessity of loving serves to counteract their grief that heals them, stated Tolstoy.

Motherhood for me has meant a broken heart and ridiculous joy share the same space.

The excruciating pains of labor and the reward of a fresh baby is an apt analogy.

Do labor pains ever really end?

I was terrified when my firstborn needed “extra time in the hospital”. He was a brand new baby and I actually cried as I imagined him leaving me and going off to college one day. New mother hormones; fraught with emotional zingers.

The dog bites, golf club gashes, the burns, the ripped flesh that required stitches, to name a few traumas. Night terrors, anxieties, the tears over mean friends. The bottle of tasty cherry-flavored Tylenol consumed by an inquisitive strawberry blond; followed by the requisite stomach pump.

Many sleepless nights; comforting new babies, trying to reason with our special child who didn’t understand how to rest her body, but rocked and flailed into the wee hours. The all night prayers when a child had gone missing. The angst when I was unsure God would answer my prayers.

The time I found our first daughter with her face and hands fully covered in blood as she stood calmly in front of a full-length mirror, holding a disposable razor. She’d grazed it over her face, in a way that resembled movements she’d often make with her hands. I quickly got her into the tub and washed her up, grateful to find she had only a few minor cuts. That first glance had punched the breath out of my stomach for the horror that could have been.

As an adolescent, the screaming and wailing and lashing out when our older daughter couldn’t voice her emotions. Instinctively protecting my baby girl from her big sister for fear she’d be hurt by the trauma. Worries about the future: will she ever go to the bathroom independently? What will happen when her period comes?

God made mothers in a special way; no one loves like a mother.

That same special daughter, at forty years old, recently delighted me while I spoke to her on FaceTime. She independently poured an entire can of Dr. Pepper into a glass. That’s not the kind of achievement that’s easy to celebrate with others. But if you know, you know. For a mama, it could be a big job promotion, a major civic award or it might be an adult child successfully completing a wooden toddler’s puzzle. However small the feat, it’s a win for a mother whose heart carries expansive love for her child.

There were wonderful things. The long slow bonding of four hungry babies through breastfeeding. The birth of our second daughter after two painful miscarriages. The bedtime prayers and songs. The dancing when Daddy came home.

The obnoxious elementary boy humor, the bodily noises and smells; the eating us out of house and home; those were fun. Kids’ friends that became like our own. They joined us on vacations and we fed them huge breakfasts at home after sleep-overs. The Holy Spirit reminded me of the grown-ups they’d become, and that our investments in their lives would make a difference.

The engagements and the weddings! Our first son married; with an Atlantic Ocean backdrop, on the coldest November day in history. I thought I’d never get over the surreal feeling of watching his wedding, with our kids as attendants, while gaining a beautiful daughter-in-law. I also thought I’d never get warm again.

We hid and watched two proposals; first our son’s to Mary, and a couple of years later our future son-in-law asked for our baby girl’s hand. There’s really nothing like watching so many dreams come true after a lifetime of prayers.

The weddings, what joy. I only wish I’d been more relaxed and not so out of my element. Every detail was beautiful and they were over so fast.

I cannot end before talking about the cherry on top of all this mothering. Of course it’s the grandchildren. It’s impossible to describe watching three little ones come into the world, with unique personalities with the awareness that we’re all inextricably connected.

All the other times I’ve tried to write these thoughts I stopped short because of the uncomfortable tears that always come. I’ll switch gears and write about the spring flowers and other beautiful innocuous things. My emotions alone are surely evidence of the depth of love. Nothing compares to being a mom. My children take up such a huge part of my heart, I sometimes wonder how space remains for my other loves.

Empty nesting is good, but I miss my children. I’m left with a deep craving that feels a little bit like my desire for heaven. I want my kids around the table, laughing and telling all the stories. I want to hug them and stare at them. They can’t know how precious they are.

I simply cannot imagine who I would’ve been if I hadn’t been a mother. I’m sure other mothers agree. Like gold refined by fire, motherhood is refined by pain and difficulties. What’s left is just love.

Someone has written: I gave you life, but really, you gave me mine. I agree.