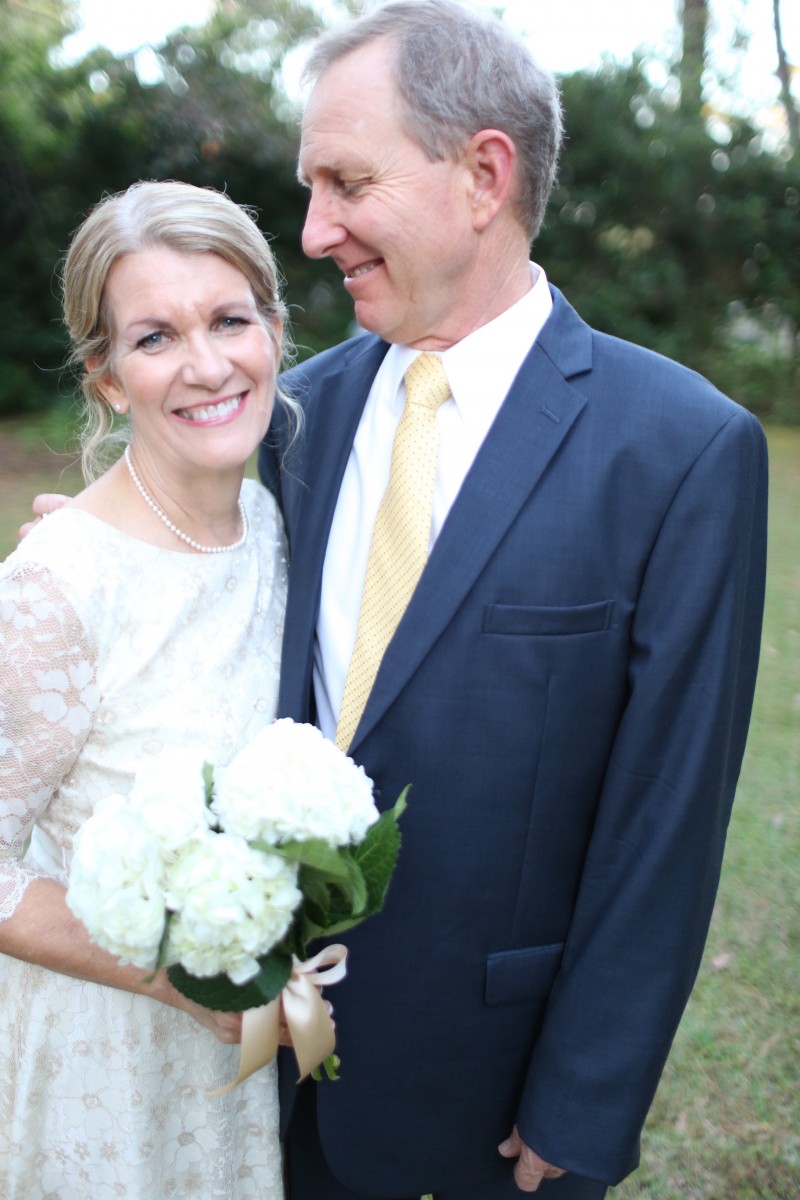 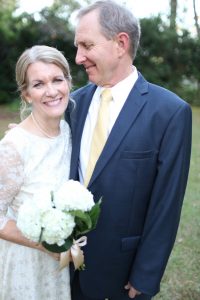 ” A happy marriage is the union of two good forgivers.”

Thirty-one years ago this month something wonderful happened. Tom Freshwater promised to love me exclusively for a lifetime! Sometimes it still seems too good to be true. He said no to other women and yes to me. Actually he said yes to my two children and me! Instantly a family of four was born. He jokes that he married me for my money and I did so for his body. I had about $178.00 in the bank and he weighed all of 134 pounds right after a big meal.

Most of our anniversaries were low-key celebrations. Last year, however, we decided to celebrate in a bigger way. It didn’t seem like the most sensible time. We were in a rather precarious phase financially since Tom was in between jobs. I became emboldened — it was even more important to acknowledge our gratitude in these circumstances. Rather than a formal catered dinner we’d host a covered dish supper at our house, and invite our friends for a 30th Anniversary-and-Vow Renewal celebration!

A friend commented to Tom and me how lucky we were to have such a relationship. I’ve thought about that a lot and it leads me to writing this post. I guess the word luck could be used loosely to say that we found each other at the right time and we were “lucky” to have a lasting marriage. But I honestly think luck had very little to do with it.

When I scan the years in my mind, I remember things like this: there were many sleepless nights. My daughter, who was five at the time, has severe cognitive deficiencies. We spent many nights taking turns staying up with her when she wouldn’t fall asleep. Because she wasn’t able to communicate appropriately she’d cry and screech for unknown reasons. She’d  flail her arms, stomp her feet, and make all sorts of gestures in frustration. It makes me sad to even think about it. Sad for her and for what our family endured.

Another memory is of the painfully long hours Tom invested in his first job. It was quite a distance from our home, and if he wasn’t at work he was on call 24/7. His schedule was not conducive to a happy family life. We were exhausted and barely crossed paths. I often felt that we needed to get reacquainted all over again. It was hard to know what roles we played in the family at times. I often felt numb.

There was the serious accident in his first place of employment. I received a call from the company, “Your husband has been run over by a fork lift; he’s alive, but he’ll probably lose his legs.” I am not kidding. The co-worker who called meant no harm, and tried to be helpful by informing me. It may sound odd or even stalwart on my part, but I distinctly remember that I was filled with gratitude, thinking, “If he’s alive we’ll make it!”.  After securing help for the kids, I quickly jumped in the car and raced to the hospital. The ambulance arrived at the same time, blaring its siren. I’ll fast-forward and skip a lot of emotions. He did not lose his legs and recovered after enduring great pain and rehabilitation.

Through thirty-one years there were the family deaths, the surgeries, the daughter’s seizures, the miscarriages and the temptations. There were aggressive staph infections, the unexpected bills, the home floodings and leaks requiring very long months of repairs. There were the financial and emotional burdens of traveling to assist beloved family members in need, unexpected job loss, and other extremely hard stuff of life. Golly, I’m feeling depressed thinking about it.

But the joys were woven in, intermingled as treasures! Two more children—a family of six! The kid’s unique home birthday celebrations, all the Christmas traditions, memorable trips, the laughter and rejoicing in answered prayers. Through it all there has been deliberateness. 1) The moving toward one another, in physical proximity and touch, even when you don’t feel like it. 2) The unspoken determination to never mention the D word or entertain the idea of being separated.  3)  Putting each other first, even when everything in me wants only MY way. And, 4) “I love you” spoken many times a day. “Thank you for marrying me!” is also standard fare in our conversations.

As I write this today, we’re in a place of stretching and trusting. Even in the difficult times we’re closer and more in love than thirty-one years ago. There’s no one I respect more than my husband. Oneness has grown continually— there is a palpable feeling of hurting and rejoicing for the other as for ourselves.

We revelled in our vow renewal, not because we were lucky and life was perfect– we celebrated because we endured and we chose and we loved. The difficulties spurred us on and grew us up and highlighted all the happy times. It’s always by God’s grace and choosing each other every day, not luck, that gets us where we need to be.

Marriage is worth it ya’ll.